The department was founded in 1895 as the Department of Language and since that time has produced many skilled elementary school teachers. In 1987, when the school underwent a name change to Taipei Municipal Teachers College, the department followed suit and became the Department of Language Education and was a large source of educators in Chinese language and literature. The school then became Taipei Municipal University of Education in 2005 and the department once more changed its name to its current form.

Our curriculum follows a traditional outline of Chinese language instruction—we offer standard courses in classical Chinese literature, modern literature, and classics research. But real-life demands have changed, and so we have added courses that address the more practical uses of language and media. For the 2013 academic year we added several courses, such as Script Editing and Practice and Narratology of Internet Multimedia, which are intended to elevate the ability of our graduates and give them the skills necessary to find opportunities for work. 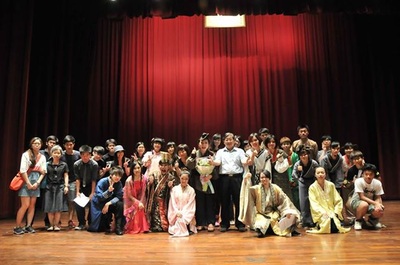